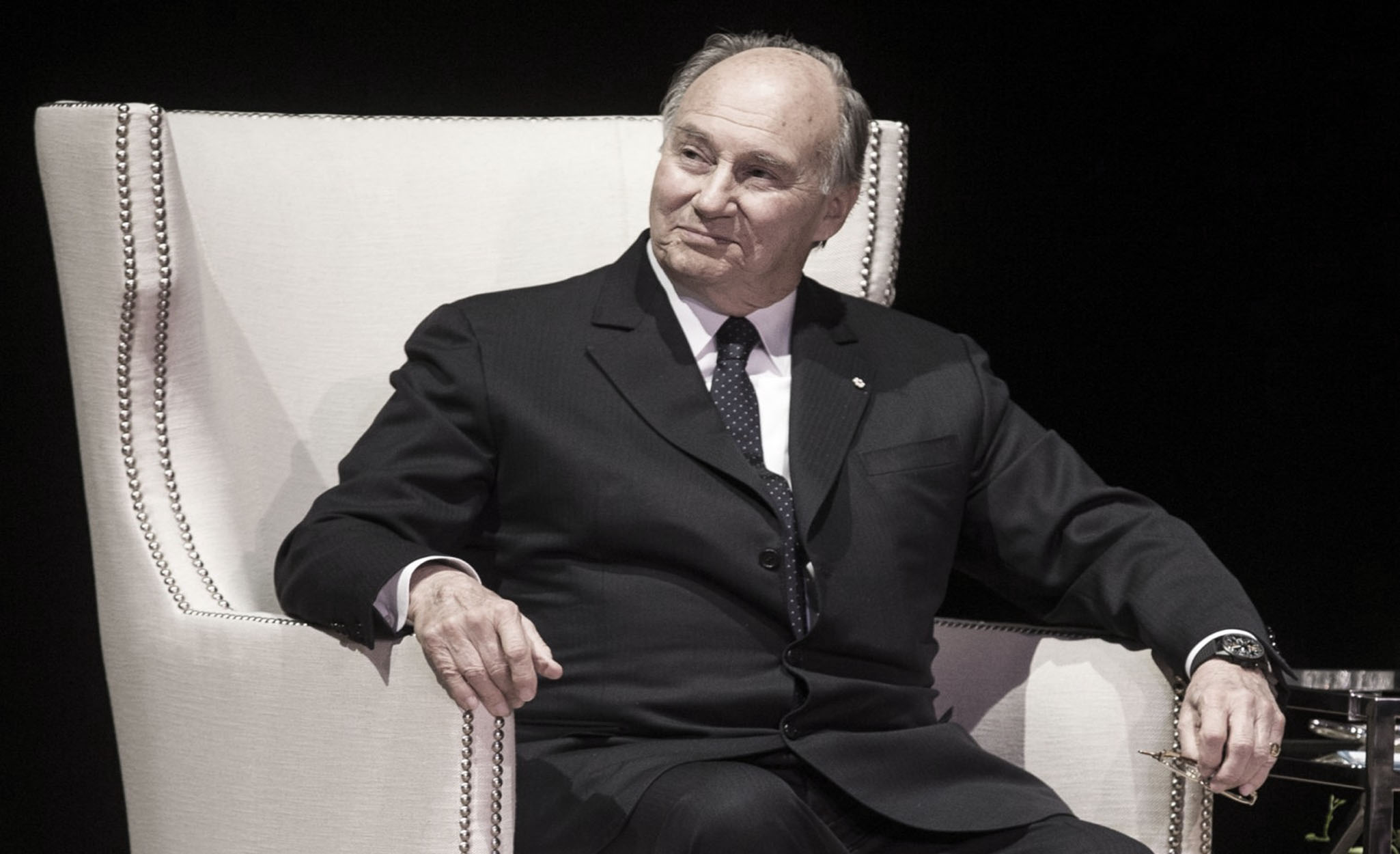 “The right to hope is the most powerful human motivation I know.”

His Highness The Aga Khan IV

There are not too many people in the world that can captivate a crowd to the same degree as His Highness, The Aga Khan IV. Accompanied by his infectious philanthropic spirit, quick wit and undeniable charisma, His Highness has charmed nations and has been the force behind positively affecting the lives of millions of people worldwide.

Born in 1936, His Highness became the Spiritual Leader (Imam) of the Ismaili Muslims in 1957 upon the passing of his grandfather, The Aga Khan III. Since 1957, His Highness followed very closely in the footsteps of his beloved grandfather by making it his life’s work to strive towards the betterment of all humanity. His passion for achieving his goal of making the World a better place for everyone fueled his activities from that point onwards.

His Highness has achieved so much in his life to date and is a living inspiration to all who know of him, his work and his achievements. In terms of his ‘formal’ achievements, in 1957, he was granted the title of His Highness, by Her Majesty the Queen of England and since then has had the privilege of achieving many awards, honours and accolades, for himself and his institutions, from all over the world.

But there is so much more to him than the prestige of the awards that he has deservedly won. From the day of his appointment, The Aga Khan, through his philanthropic nature, love for pluralism and ethos of giving back, worked towards presenting a different face of Islam to the World.

The Aga Khan Development Network works for the betterment of all, irrespective of religion, ethnicity, gender and financial situation. The establishment of institutions began with His Highness’ grandfather, but The Age Khan IV has taken these institutions to the next level by creating a group of international, private agencies whose sole purpose is to improve the lives and living conditions for people in parts of the developing world. It is impossible for this simple philosophy not to be inspiring.

The recent achievements of AKDN can be found here

The Age Khan III was responsible for the establishment of Aga Khan Education Services, Age Khan Fund for Development and Aga Khan Health Services. These institutions were primarily active in East Africa, India and Pakistan, which was where it was thought most of the Ismailis resided. In his early years as Imam, His Highness took these institutions to another level by building on their success and expanding their reach.

With the areas of Education, Health and Finance (established by Age Khan III and primarily active in East Africa, India and Pakistan) developing well, His Highness created additional institutions such as The Aga Khan Foundation. He then moved towards other areas of need and established specific institutions to deal with Culture, Further Education and Humanitarian Assistance. These institutions had a much broader reach and over his first few decades as Imam, His Highness had started to make an impact in other areas of the World by helping people in all aspects of their lives.

From beginning with Health, Education, and Finance, The Age Khan Development Network portfolio now includes Architecture, Civil Society, Culture, Planning & Building, Rural Development, Humanitarian Assistance and Music, and is active in 29 countries in the World and has 80,000 employees.

One man + One world + One hope = Millions of lives enhanced